Clem, a part of history

Clem, a part of history

How the past shaped us and plastics

The past laid the foundation of our company today. Our location changed, but the values ​​and motivation remain the same as then.
The passion and expertise are growing every day. Clem is plastic and plastic is Clem.

To be the point of contact for anyone who needs products made from plastic sheets. In close cooperation with the customer, every phase of the project - from concept to final product - is carefully determined and monitored. By carrying out the entire process in-house, we ensure continuity of quality and follow-up.

Plastics, more than our work.

The Verheust family has always been enterprising. Before the First World War, they were active in the production of tobacco. Later, they started making curtains and weaving linen.
After the war, the family was drawn to emerging technologies and materials. In 1962 they decided to take over the company Clem.

This brought an end to the Brussels chapter of Clem. Where it once started before WWI with dolls in Bakelite and where the first pieces of PMMA were processed, the company moved to Kortrijk. The company name and the accumulated know-how move along with it.

The first vacuum forming machine was purchased in 1977. Innovation and growth are their watchwords. In '81 the company moved to the Spinnerijkaai. The new location offers 4400㎡ production space. In '88, the first 5-axis milling machine was purchased. Another expansion followed 10 years later. Clem  occupies now 6000㎡ of storage and production space.

In 2015 David takes over the family business, with this the 3rd generation takes over the daily management of Clem. He represents the company and the innovation, expertise and boldness where it began in the middle of the last century.

Take part in the rich history of Clem. When you think plastic, you think Clem. 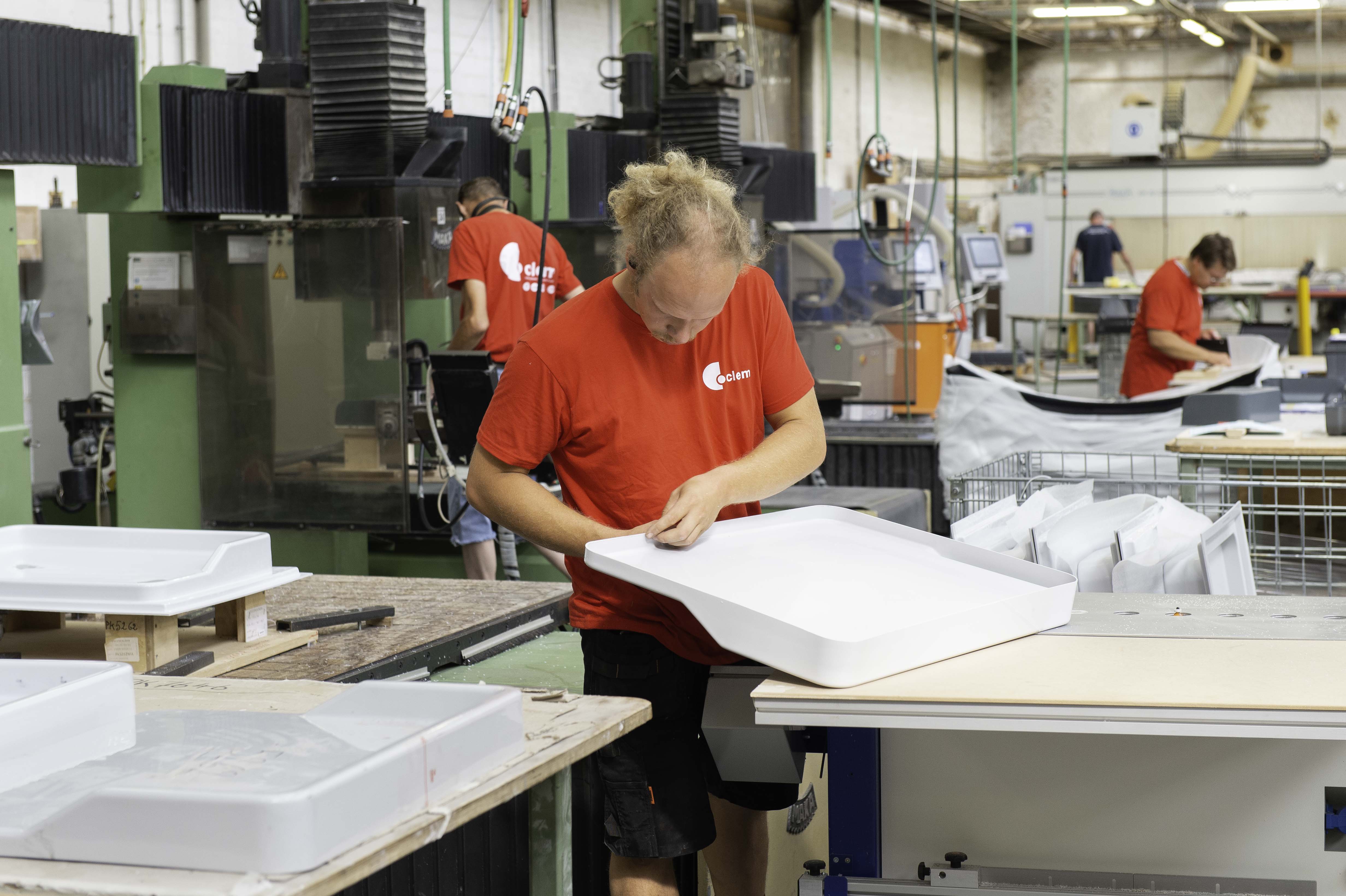